Jamaican Chamber of Commerce of Atlanta

Thank you for your interest in Jamaican Chamber of Commerce of Atlanta. Complete the form below to send us an email, or simply give us a call. We're looking forward to working with you.

Your message has been sent.

Please make sure fields are complete.

EmPowHER Her to Elevate

WHO: Women from all over the globe

WHY: Despite the many achievements of women in both politics and the marketplace; a female as vice-president of the United States, a black female judge heading the U.S. Supreme court and a female heading companies such as, Delmiaworks, in Europe, we still have a long way to go and cannot be satisfied as women in many parts of the world continue to suffer from exclusion in so many dimensions of their lives.

Women still face restrictions and limitations in the boardroom, in education, in relationships, and in the entrepreneurial space worldwide. Fortunately, the tides of history are underway to make the minimal, yet notable successes translate into permanent gains for women empowerment and equal opportunity. POWHer, is using its voice and platform to help women enhance their economic productivity and better their personal development outcomes for growth and independence. Our extensive list of speakers are equipped to take the journey with you, will you join us? 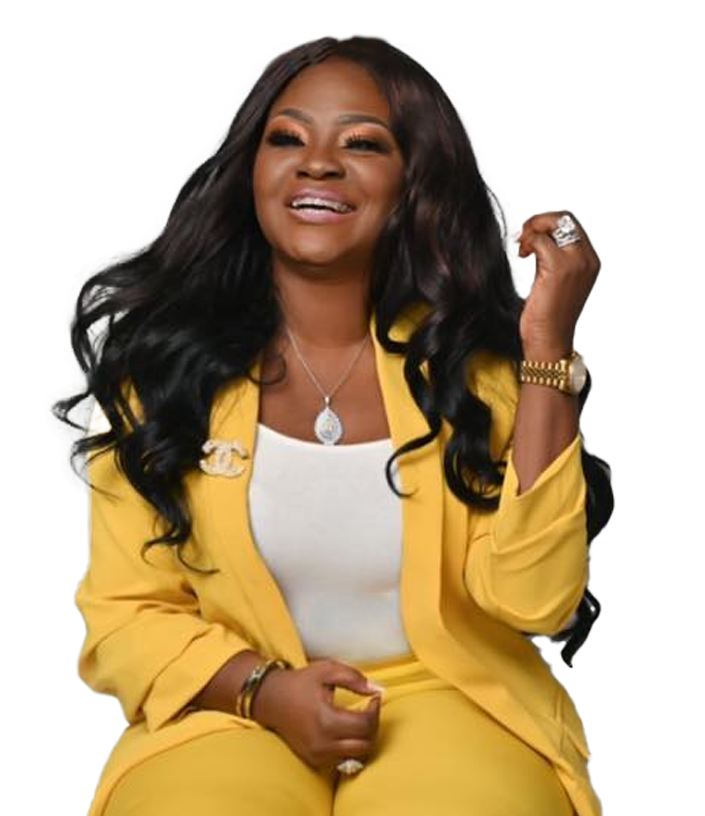 Dr. Joan Wright-Good is a Cultural Architect of our time, a dynamic International Speaker, Preacher, Business Coach, Best-selling Author, and, Award-winning CEO. She is a master at training and, teaching the art of being who you were created to be. Recently widowed, the mother of two was born in Kingston, Jamaica. She went from the corridors of the Maxfield Park Children’s home (a government-run home for orphans) to the White House in the United States of America. Joan overcame abuse, trauma and teen pregnancy to achieve millions in sales as a first-generation international CEO. The high school dropout, now a multiple college degree achiever, uses her influence to educate others on regeneration and wealth-building using their innate gifts/talents and passion. As an ordained Minister, Dr. Wright-Good teaches from experience that we can be wealthy, whole, and saved without compromise. Her conviction is, “without a biblical relationship with Christ, none of what we do on earth matters.”

As the Founder and Creative Director at the Business Mogul Academy, she teaches, coaches, and helps students and clients to start businesses and publish books. As the Founder and CEO of JWG Publishing House, she publishes books and magazines. Both businesses are A+ rated by the BBB. As a speaker, Joan has spoken across the globe on topics such as relationships, money, women development, youth development, and all things business. Her 14 city Good Life Global tour traveled around the US, the Caribbean, Europe, Canada, and Iceland. If you are looking for a multifaceted, well-rounded, experienced Speaker for your audience, look no further! Joan’s profound knowledge of business and her command of sound biblical doctrine sets her apart as a Game Changer.

Her books ‘From Brokenness to Victory,’ and “YOU are Different for a Reason – Maximize Your Difference” are bestsellers. Her new release “What if You Decided to Grow is a guide for entrepreneurs aiming for success.

Dr. Wright-Good was awarded by the White House as a ame Changer in 2016, and a corporate responsible CEO in 2019 by the Wheatle Ball Association, a global platform with United Nations affiliation. She has also been honored and awarded by several corporate, private, and government organizations. Dr. Wright-Good has been featured on media platforms such as FORBES, Fox26 News, Sheen, Black Enterprise, RollingOut, The Tom Joyner Show, Huffington Post, Voyage Miami, CVM TV, The Gleaner, The Jamaica Observer, TVJ, BYTV Miami, iHeart Radio, Houston2Houston, Empower Magazine, MadameNoire and more. Her story of rising from the ashes after sexual and physical abuse, dropping out of high school due to teen pregnancy, and homelessness, is a compelling reminder of God’s grace. “His purpose will always supersede our pain,” she professes.

Dr. Wright-Good holds a Bachelor in Management Studies and Politics from the University of the West Indies (Jamaica). A Law degree (LLB) from the University of London, a Masters in Business Administration & Leadership from Kaplan University (USA) and a Doctorial degree (Ph.D.) from Liberty University. The corporate responsible CEO financially supports the Maxfield Park Children’s Home annually, by assisting female aged-out orphans whose dream it is to attend college.

She sits on the board of the Jamaica Chamber of Commerce Atlanta, and chairs their PowHer women’s Committee.

Natassia Wright, appointed as a United Nations Peace Ambassador – NGO in October 2020. Ambassador Wright’s story is one of her upbringing is of immense tragedy and triumph. At the age of 10, her house in her hometown, Allman Town, was burnt to the ground from electrical problems. Approximately 8 months after that fire her dad, a police officer was shot and killed in the line of duty. At age 16 while sitting her CXC exams, her mother died from an asthma attack. Although going through negative circumstance, Natassia still managed to receive all 8 cxc subjects with grades in ones and twos. Just when you would think it could not get any worse, her grandmother who was caring for her and her brother died soon after from a cancerous tumor.

Natassia and Mind Food has had a successful 2021 despite the many COVID-19 related issues that people are faced with. Her company Mind Food International is a leadership development and HR Consultancy. She managed to travel overseas throughout the entire year speak at several seminars, conferences, and other training engagements. She mentioned that whenever face-to-face was not possible she and her husband Jamar would accommodate corporate entities and varying businesses, even churches via online platforms.

Mind Food International was also able to expand in the recruiting business being facilitated through her Human Resource expertise which caught fire among Jamaica’s corporate space. Their recruiting services is known to fill executive positions in as low as 7 -14 business days. The company recently hired 100 staff members to bolster their operations.

Despite Natassia’s success, her greatest quality is her desire to be impactful yet humble. She rarely speaks about the accomplishments but focuses on maintaining a great attitude through periods of adversity. 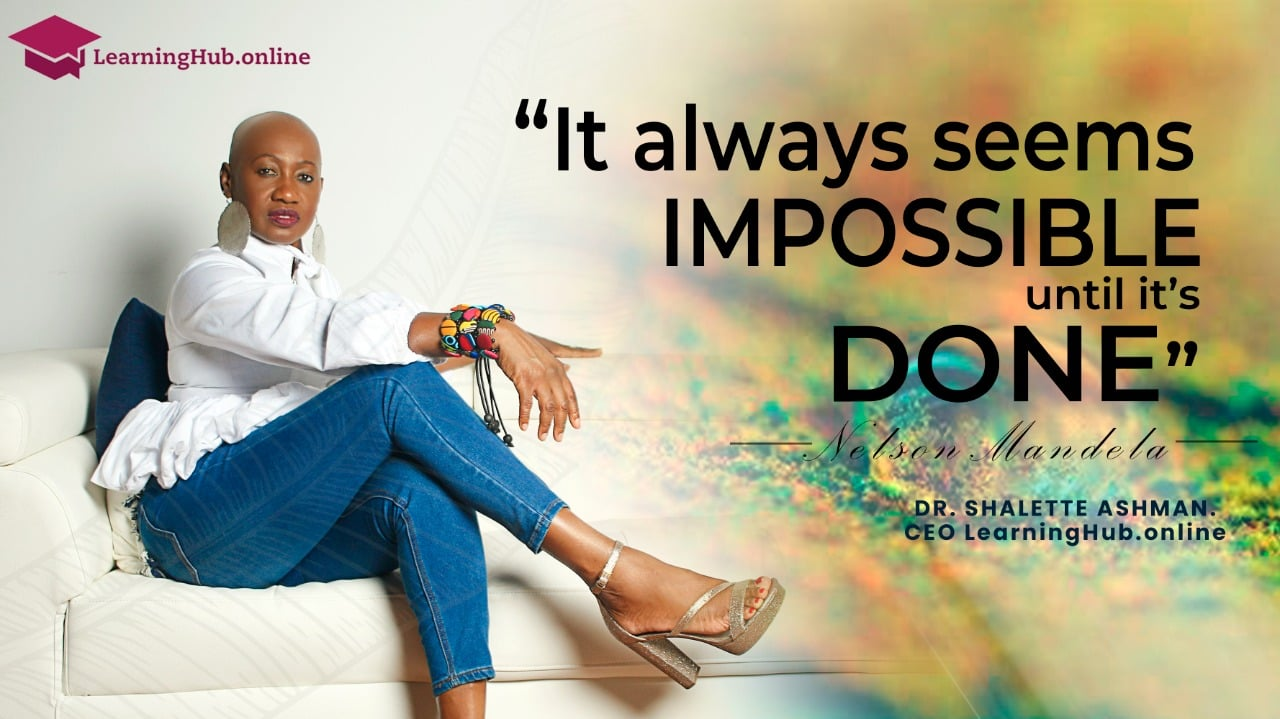 Dr. Ashman is the Founder of the Shalette Ashman Group and is an internationally recognised award-winning group with a consistent record of excellence. This track record spans education, coaching and technological consultancy. The group has since expanded to include hospitality and art, and also has registered companies in North America and the Caribbean.

We are the winners of four Jamaican national innovation awards for technology in education.

Since the founding of its first entity, the group has stood at the forefront of educational development in the Caribbean. We pioneered eLearning in the Caribbean in 2005 and continue to lead the region in this regard. We have also made significant contributions to the eLearning space in North America and Africa. 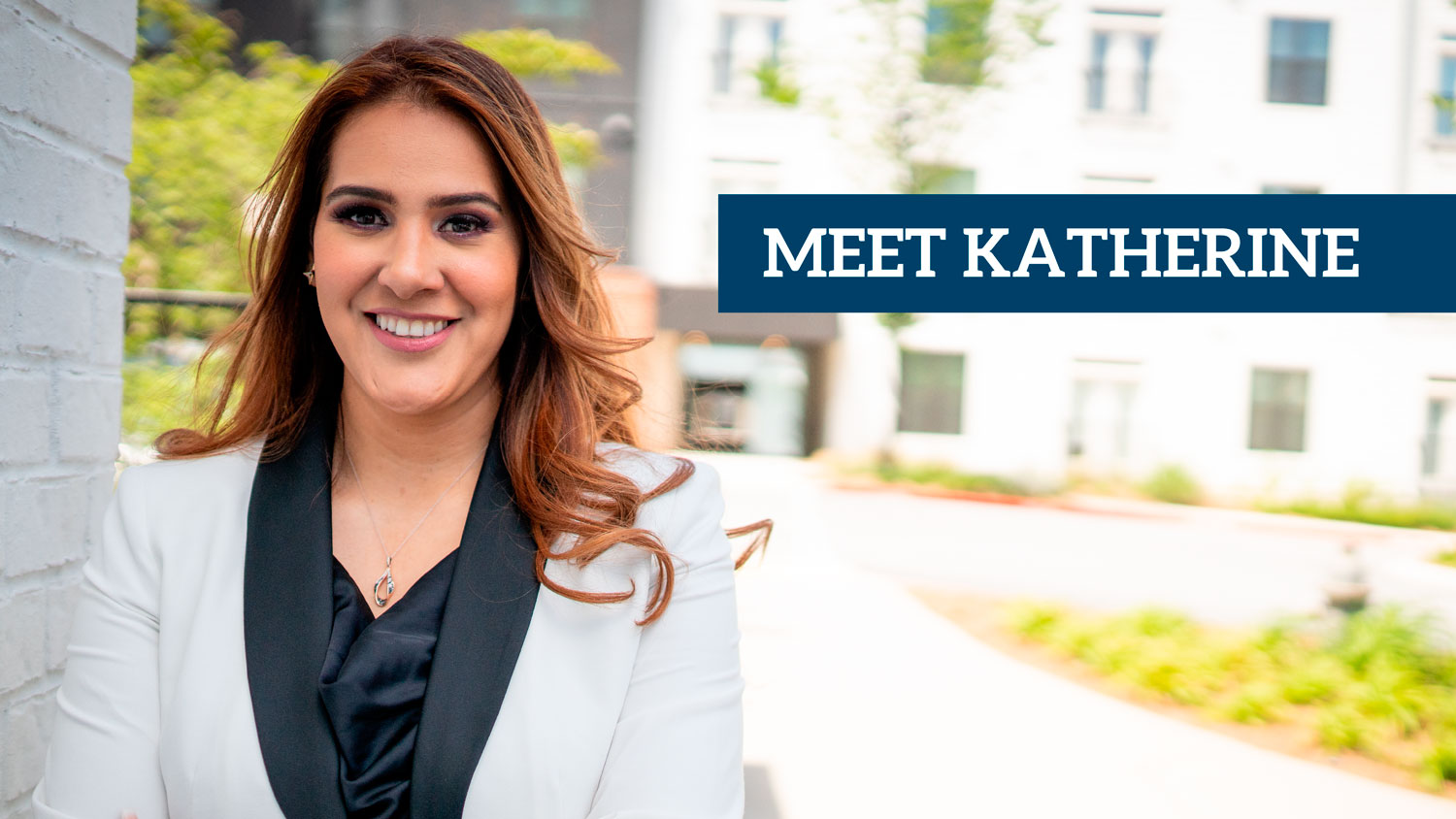 Whether you’re purchasing your first home, investing in property, downsizing or relocating; Katherine Boean, one of the top real estate agents in Gwinnett County, brings a multilateral approach to residential real estate which holds a deep knowledge of the Gwinnett community, years of experience in personal finance and equity building as well as decades in the residential construction industry.

With a decade of experience in communications and media, Jazmyne has an extensive background in media/public relations and reputation management. As a former sports and news reporter, she interviewed 2x NBA Champion Chris Bosh, former Governor of Georgia Nathan Deal, former NAACP President Ben Jealous and many more. As a media expert, she has appeared on popular TV shows for networks like TV One and Oxygen. Bossip called her “one of the baddest publicists” in the game in 2021.

She created The Lee PR Firm to help athletes and public figures polish their images and portray themselves in a way that aligns with their visions. As a journalist, she saw many athletes be misrepresented by the media or suffer a reputation crisis and never recover. Now, Jazmyne is committed to changing the narrative about athletes and using her media expertise as an asset in the world of sports.

Dr. Olufunke (Funke) Fontenot serves as the provost and vice president of academic affairs at Fort Valley State University. In this role, she provides direction for the Office of Academic Affairs, the hub of curricular and co-curricular student programming at the university. Dr. Fontenot has been with FVSU since 2019, serving first as interim chief of staff.

Dr. Olufunke (Funke) Fontenot has served as the provost and vice president of academic affairs at Fort Valley State University since November 1, 2021. In this role, she provides direction for the Office of Academic Affairs, the hub of curricular and co-curricular student programming at the university. The Academic Affairs division encompasses the Colleges of Arts and Sciences, the College of Education and the College of Agriculture, Family Sciences and Technology. The division also houses the Office of the Registrar, Retention Services, the Hunt Memorial Library, Office of Institutional Research, Planning and Effectiveness (OIRPE), Quality Enhancement Plan, among other departments. She joined FVSU in 2019 first serving as the interim chief of staff for the university where she provided advice and counsel to the president, served as a liaison between the president and other officials and critical constituencies, and managed the Office of the President. Dr. Fontenot also ensured that projects and presidential strategic initiatives moved forward.

Dr. Fontenot has served on the boards of several nonprofit and educational organizations, including the Savannah Chapter of American Red Cross.

Tamara recently had her solo show in Times Square, New York in August and debuted her “Pandora Series” of paintings.

Her work has been displayed in prominent retail outlets in: New York, Atlanta, Houston, Miami, Orlando; in a Fortune 500 boutique hotel chain in Atlanta, Aloft Hotels and a resort on Lake Lanier.

She is currently showing her artwork in Times Square as a featured artist at Art Meso and the artist in residence at West Elm, Chelsea.

In addition, her designs have been the featured lifestyle brand in West Elm locations across Metro Atlanta (West Elm Avalon, Ponce City Market and Lenox), and she has recently expanded her brand to the Houston, TX, New York and Orlando locations.

Tamara has transitioned art from canvas to wearable art in a remarkable collection of her original designs. Her swimsuit and dresses have been worn by Actress and Social Media Influencer, Tabitha Brown. Her eclectic backpack and purse line, entitled “The Phoenix”, sold out within the first week of its launch in June 2020 and has enjoyed continued success.

Over the years Tamara work has garnered both local and international exposure. She recently debuted her resort wear line in Miami, in conjunction with David’s Bridal and Men’s Warehouse, at the “2021: A Brides Expo”.

Almost a decade of figurative and abstract art has cumulatively resulted in Tamara’s work being sought after by culturally diverse collectors across the globe. Her pieces can be found, hung and worn in homes across The United States, Canada, Europe, United Kingdom and the Caribbean.

We invite you to contact us if you have any questions about how we’re empowering and connecting the Jamaican community across Atlanta, GA. Get in touch with us today if you’re interested in becoming a member and joining our family.